You know how it goes… I can’t believe it’s August. Blah. And all that. But it’s true. Honestly.

It’s been dry; much too dry. Grass around the city is dying, my lawn is mostly OK but could do with some water. The main issue are the plants, especially those on the upper tier. Which actually, I’m surprised are struggling. I normally expect it to be plants in the right or Magnolia border, as it’s a full-sun all day border. But only one type of Rudbekia ever struggles, the rest of the border is fine. 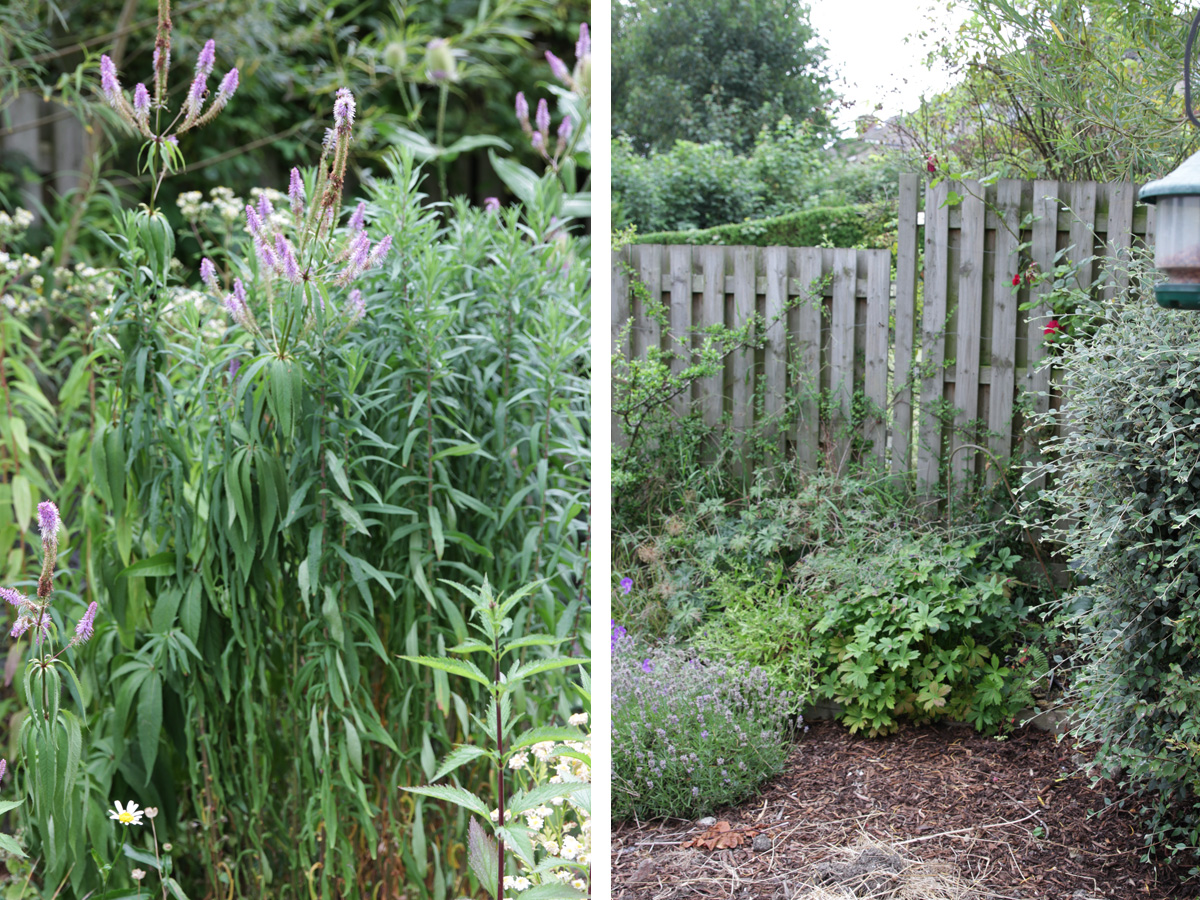 Tier – Veronicastrum and Aster are struggling

We’ve been promised rain, repeatedly and next to nothing has arrived. Finally we received some on Thursday evening, but it didn’t last more than 15 minutes. I’m hoping more will come over the weekend otherwise I’ll have to get the hose out again.

The right border is mostly finished now. But I should see more blooms eventually on salvias and Harlow Carr; just need to be patient. Some tidying is certainly needed, and I really should’ve staked the Sea Holly. With one dying over winter, it’s very bare closer to the wall this year, so I’ve some large Cosmos I bought that I’m considering placing there to fill the hole now I’ve ripped back the Campanula. 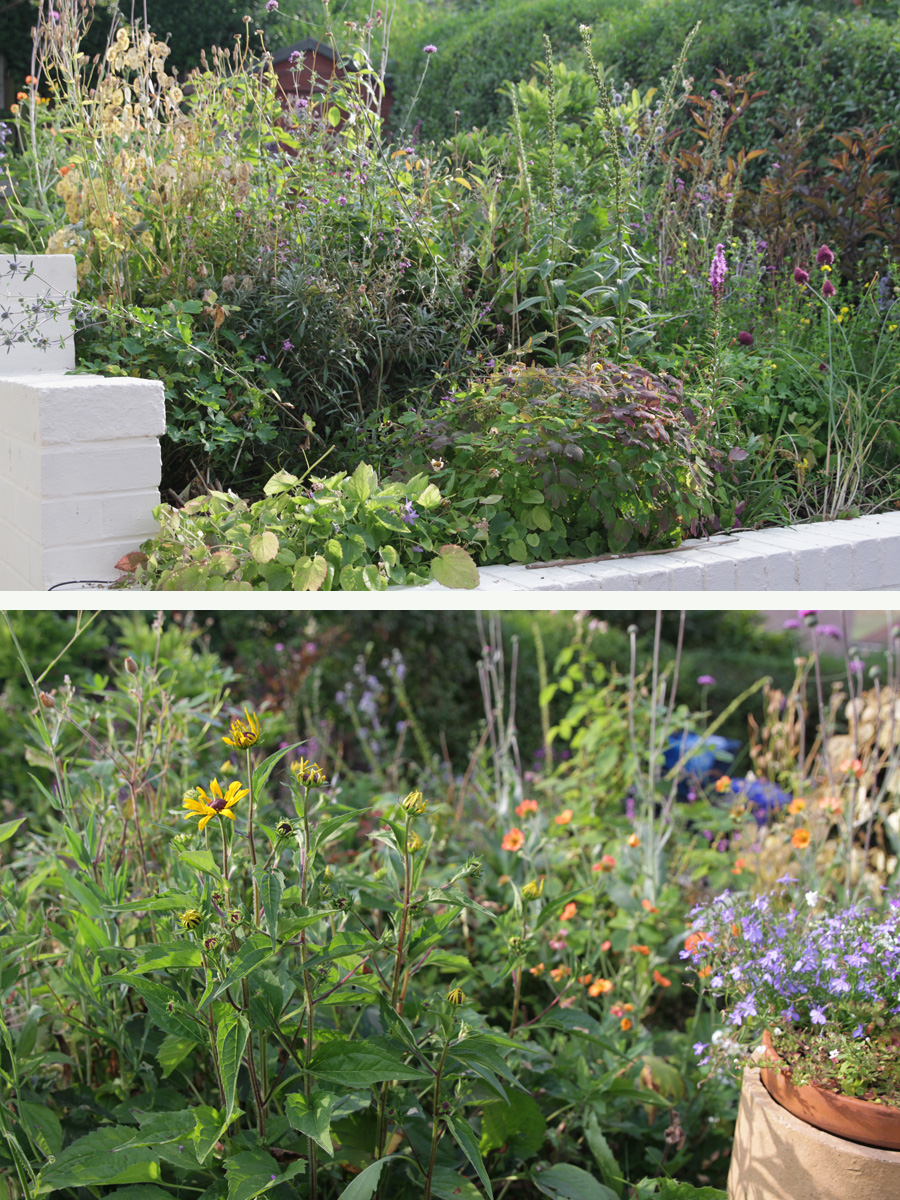 The buddleja border is holding its own. At the moment it’s mostly in shade now the Buddleja is in bloom. Once it’s finished I’ll partially cut it back and remove the flower heads so they don’t seed everywhere. The border beneath will be much lighter again. I think Geranium Thurstonianum needs a cut back as it’s now predominantly seed heads. 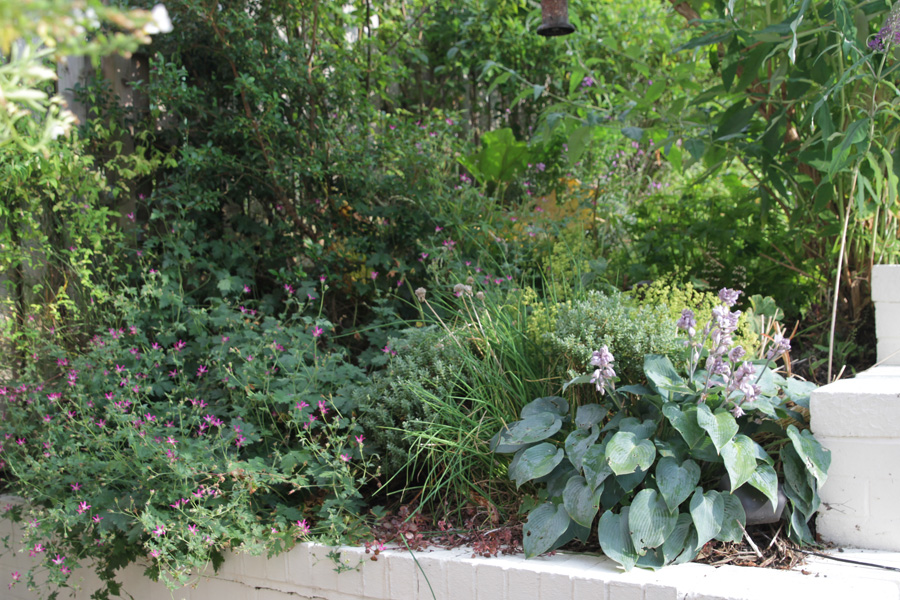 At this time of year the Aster border is coming into its own, and I feel it’s much better now the Sanguisorba has been cut back. 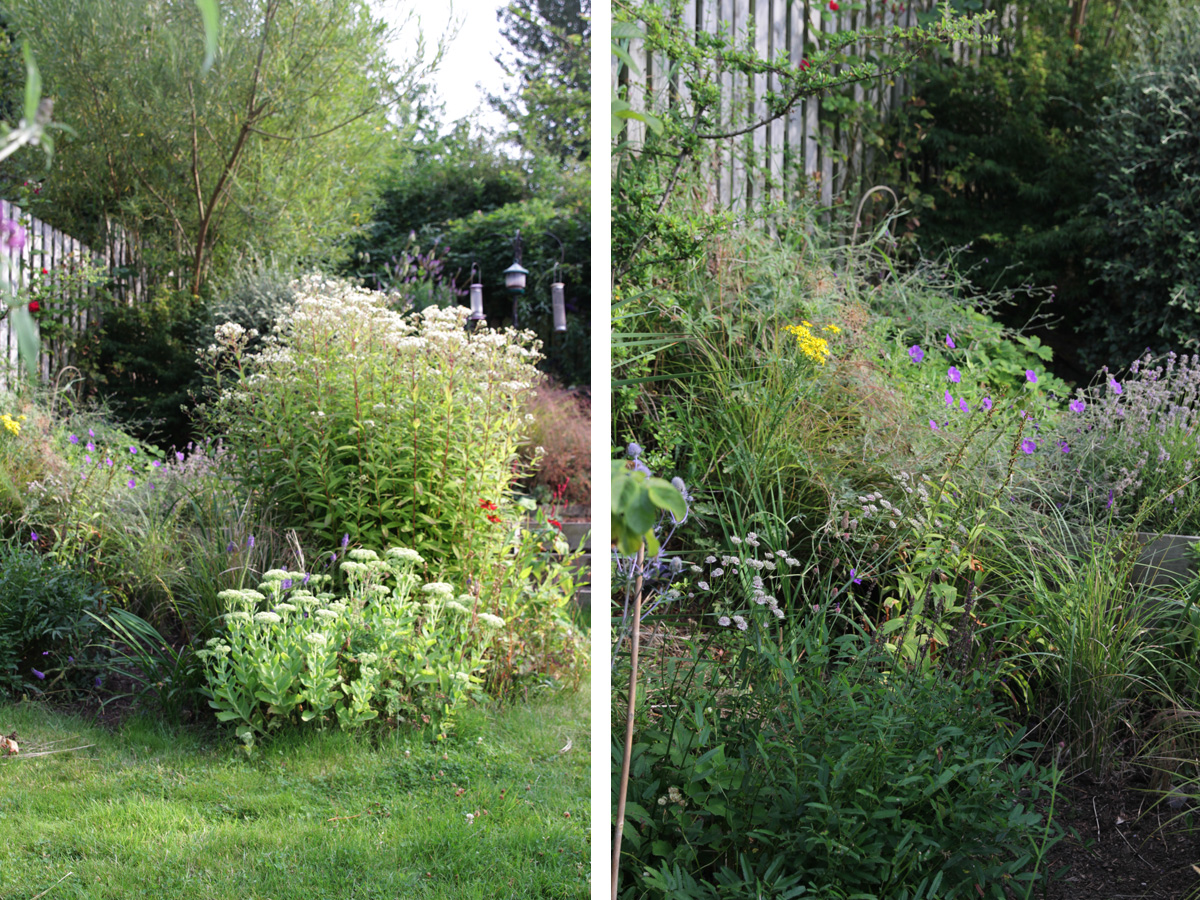 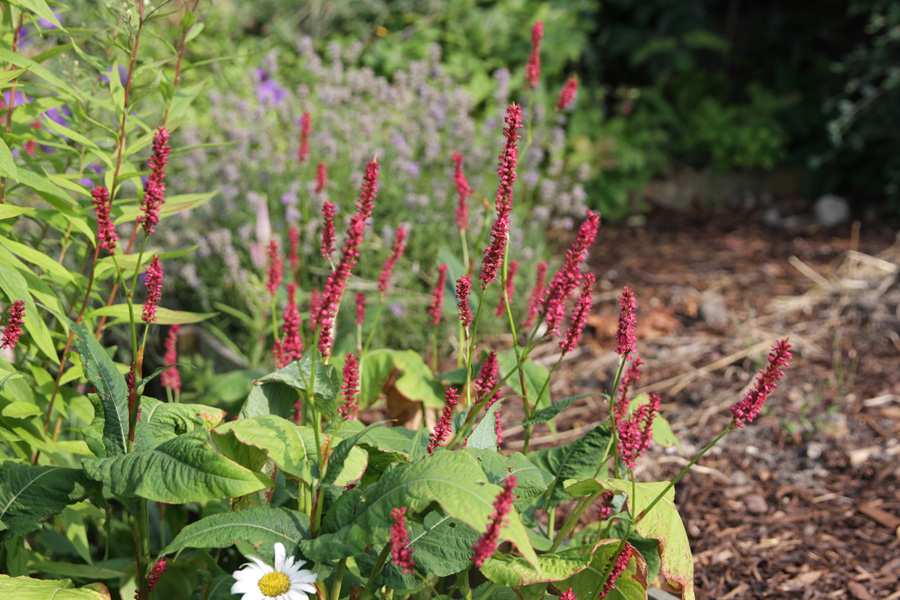 There are large gaps in the Cherry border after I’ve removed the Hellebores which are now residing in pots on the decking. I’m unsure whether to try filling the holes, because it does look odd. Maybe I’ll move some Macrorrhizum Geraniums to fill the spaces. I have plenty of Herb Robert seedlings popping up on the tier, which I could plant there and they’ll soon fill it. 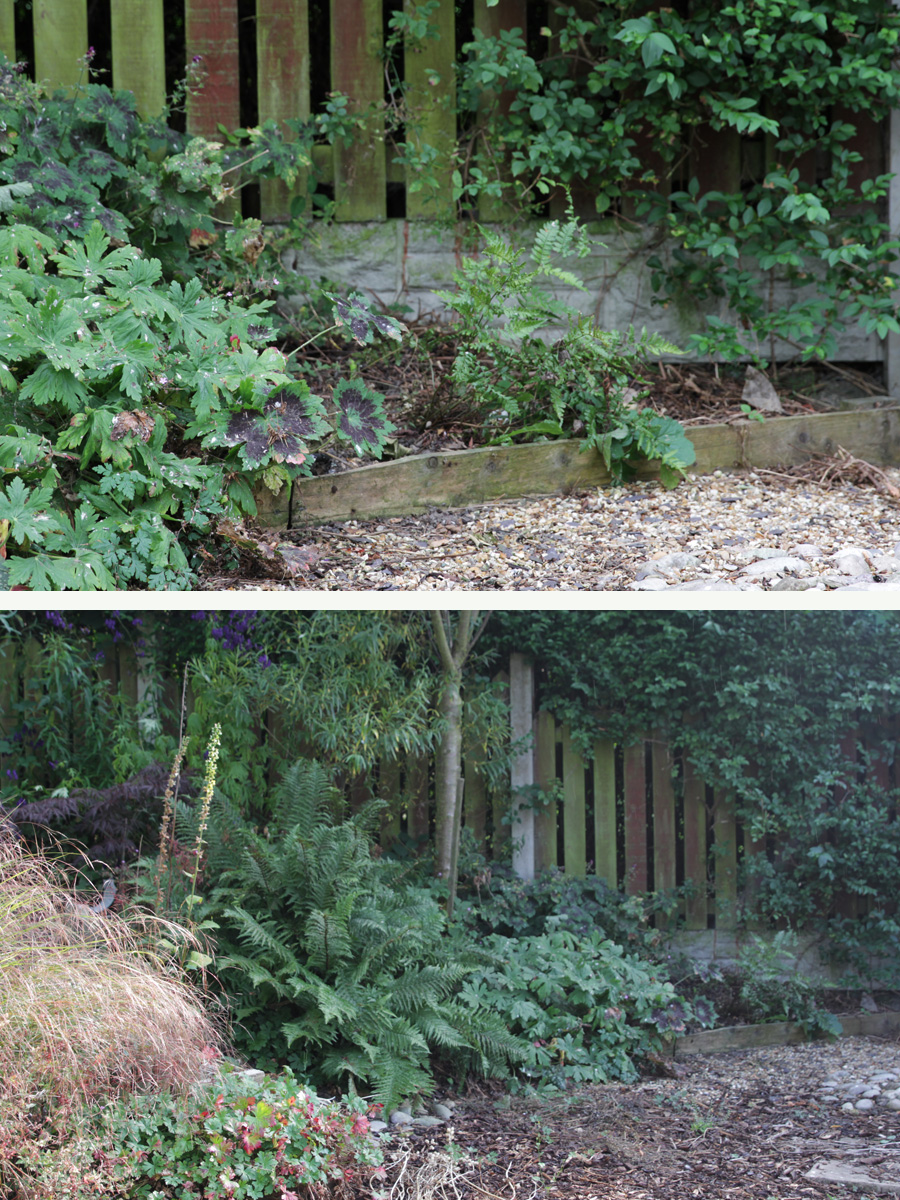 The star of the show for me at the moment is the self-seeded patch of Pheasant’s Tail Grass. It’s very impressive this year and I love the bloom colour as the late sun hits it. 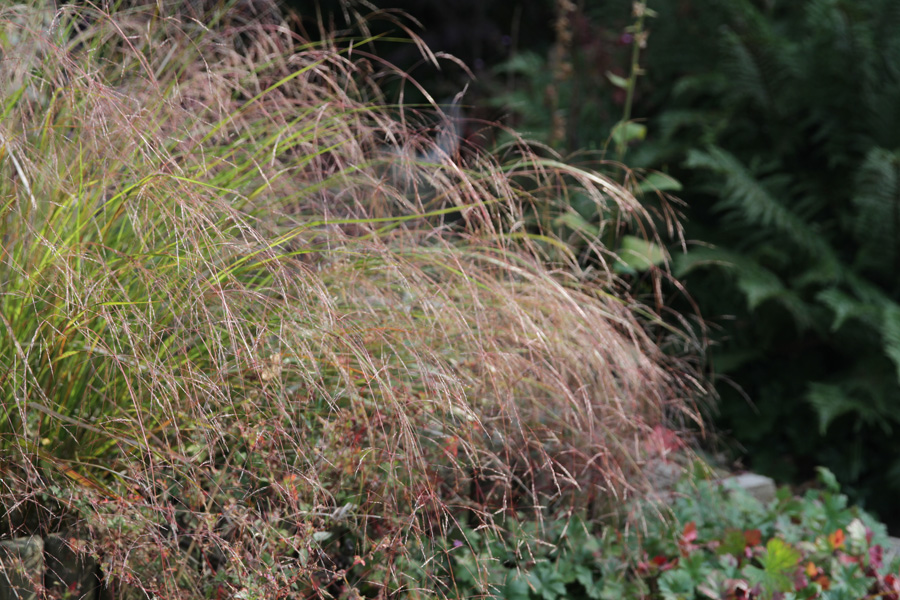 I’m enjoying the walk up to the house; the Crocosmia look very good this year. Although the Stipa Tenuissima haven’t done well and I can’t decide whether it’s because they’ve been strangled by Geraniums or because of wet weather after Christmas. 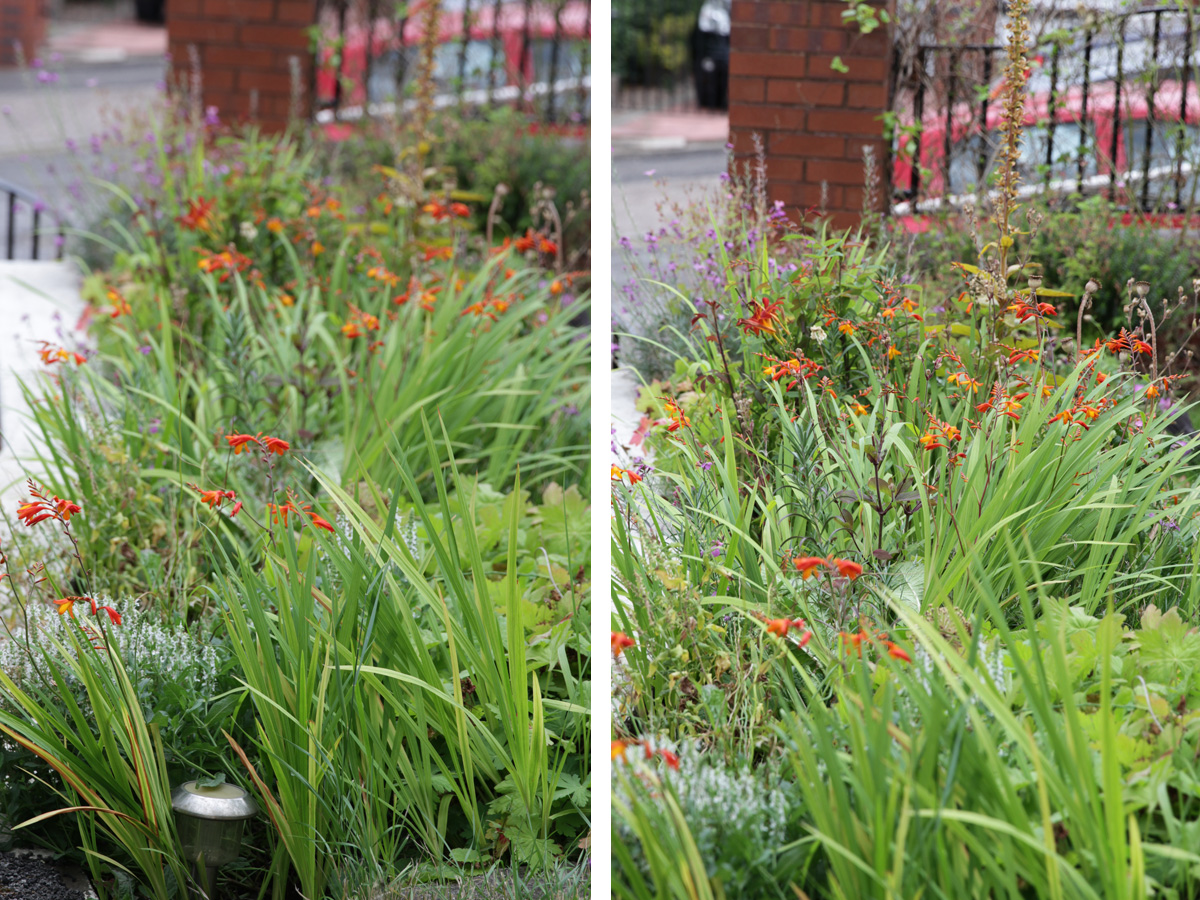 As you can see I have plenty of tidying to do, luckily I have next week off and no real plans for the week except painting and now tidying the garden.