So, a little misleading this week; it really ought to be Friday Furries or Friday creepy crawlies.
I’ve been stockpiling photos and being very tardy with posting them, so please get yourself a drink before settling down for this post.

As we slide into August the butterfly peak has probably passed us, although I’m sure usually it’s around now that my numbers peak but as the weather has been good this year most plants have bloomed earlier.

Gatekeeper numbers this year haven’t been so good, I do wonder whether it’s due to the lack of Ragwort or other factors beyond my control – rainy weather early on? Their larval food source was cut? Natural peak and fluctuation? 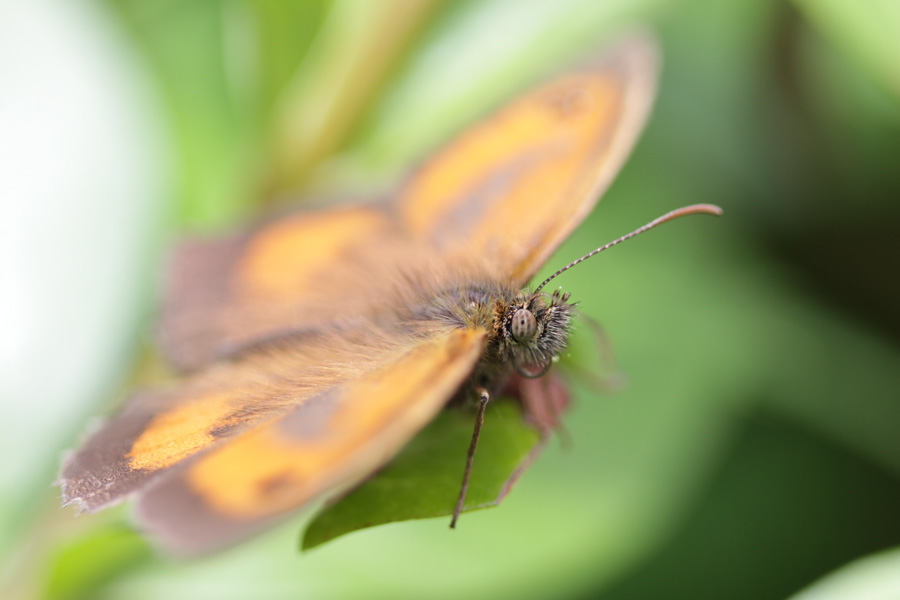 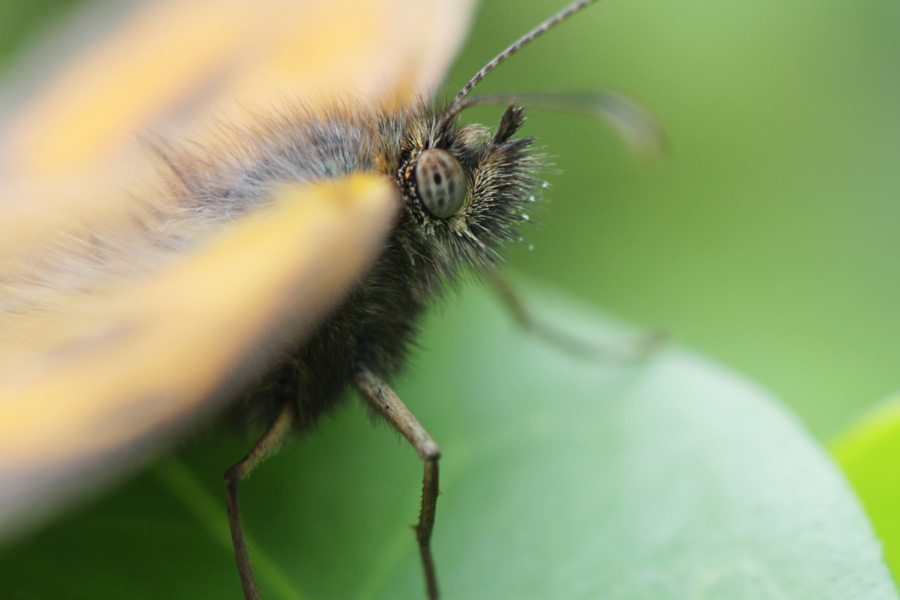 There have been a few small skippers around, but lately they have disappeared. I was perhaps a little too obsessed with stalking them around the garden… 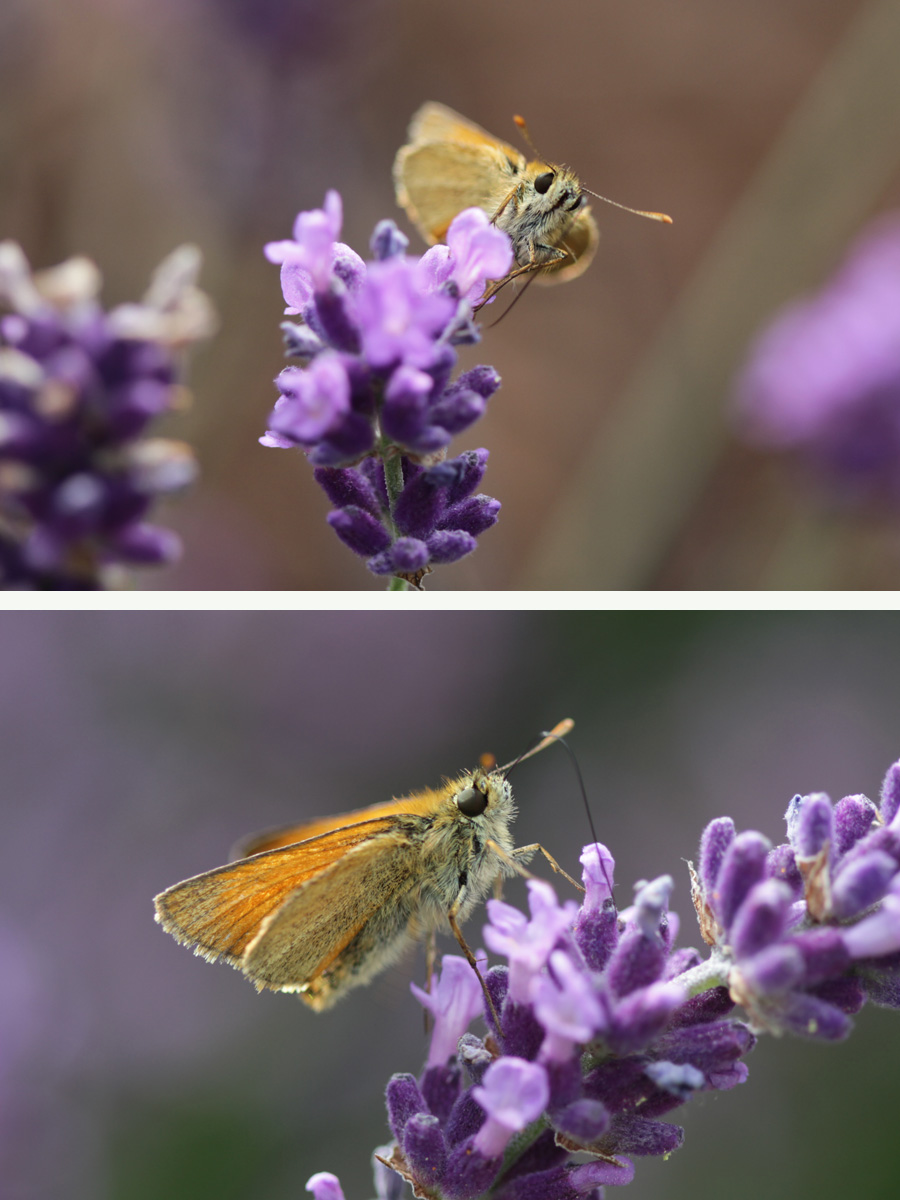 The Meadow browns this year seem to be really aggressive; usually it’s the gatekeepers who always chase others but the meadowbrowns are really going for it! 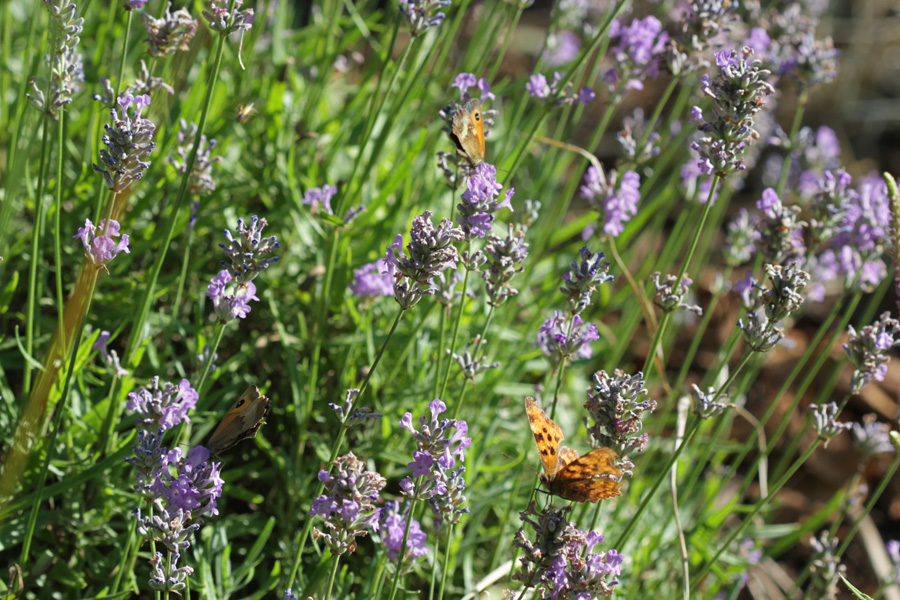 As a result they are also by far the tattiest; with lots of them missing parts of wings. 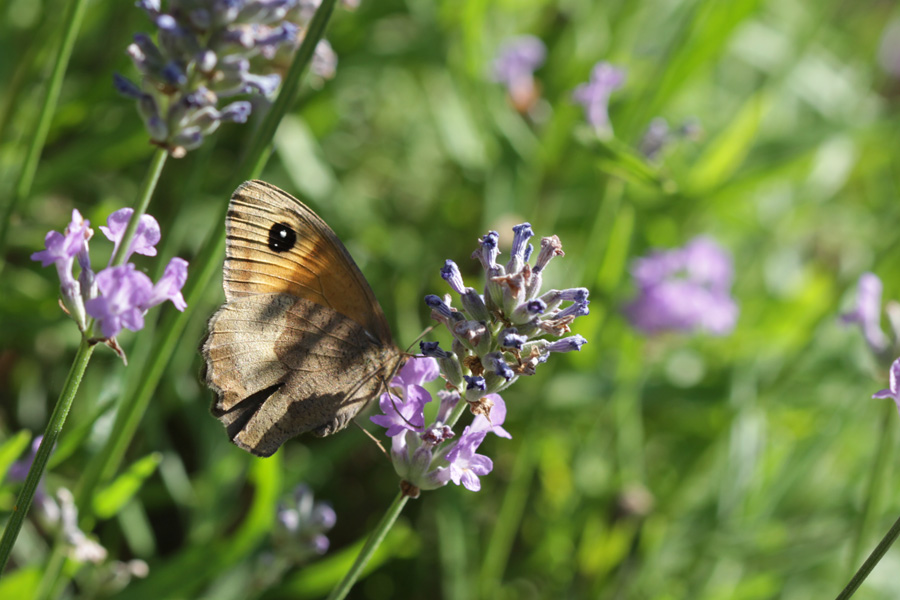 Some of the Bees are also very territorial; I don’t know which do it but I regularly see them flying around and they will actually dive bomb onto other bees to knock them off a bloom, sometimes they even grab them off and throw them on the wall.
The one below – a Leaf cutter – was just resting, but I think these are the culprits. And it’s often a battle ground around the bird’s foot trefoil. 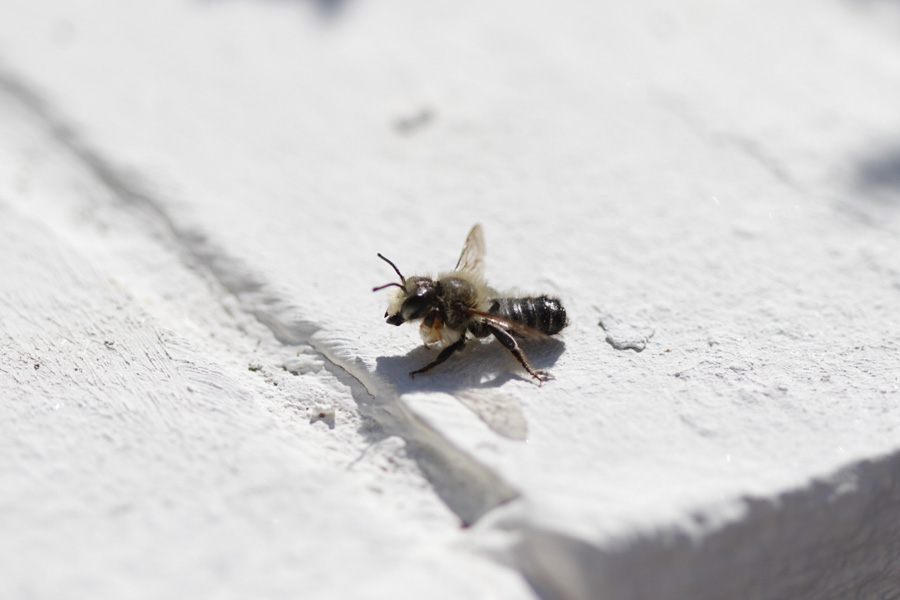 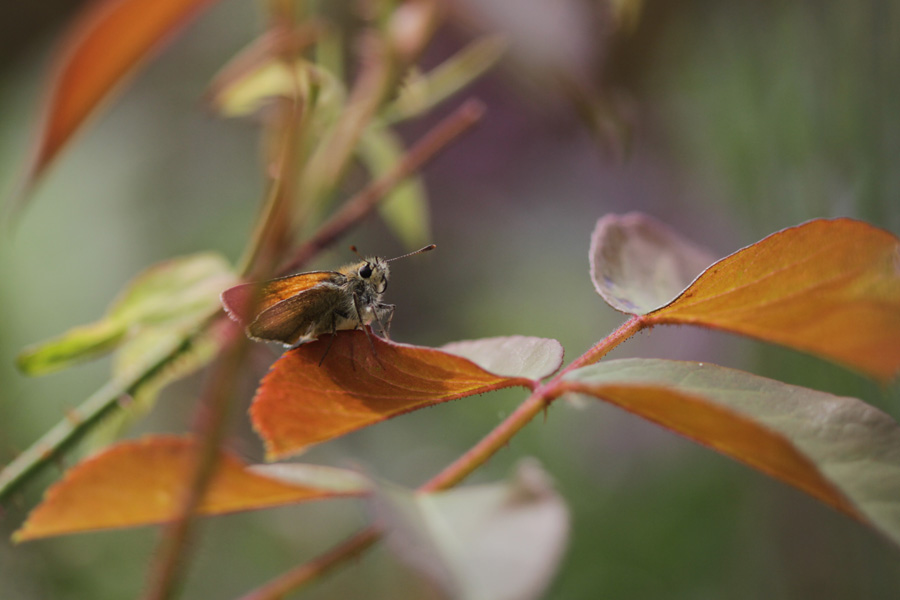 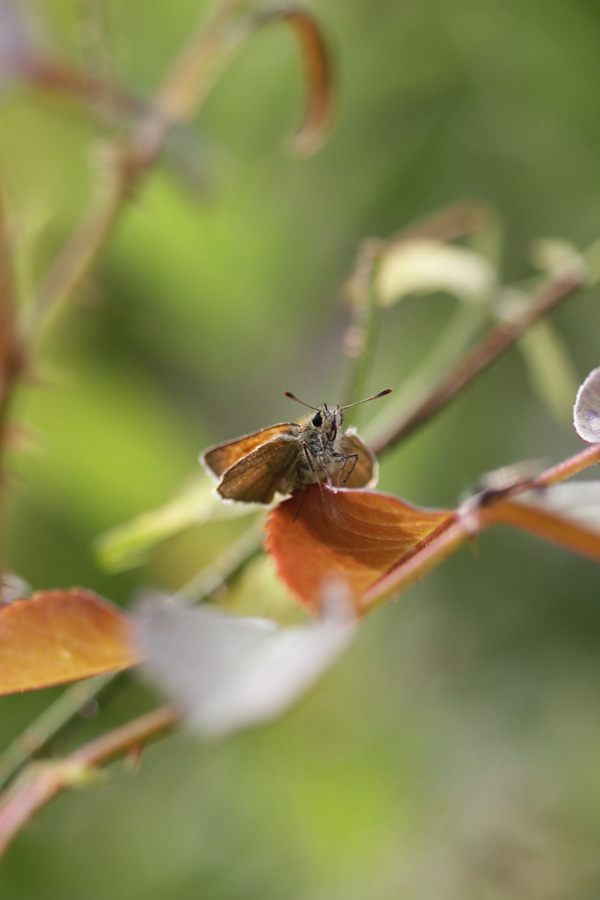 (I’m actually becoming increasingly frustrated with flickr and the quality of the images uploaded. They are losing a lot of quality and imo it’s not good enough. I pay for their service and here they are reducing the photo quality as I upload.) 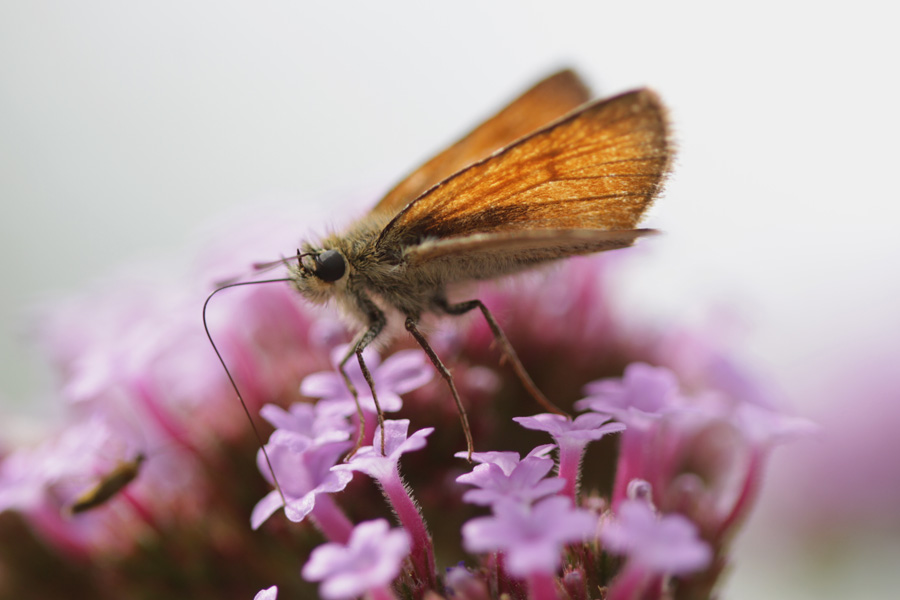 The skippers seemed to favour the Lavender, but as you can see I did spot them on a few different blooms. The male(s) seemed to always be on the Lavender, and the female(s) elsewhere. 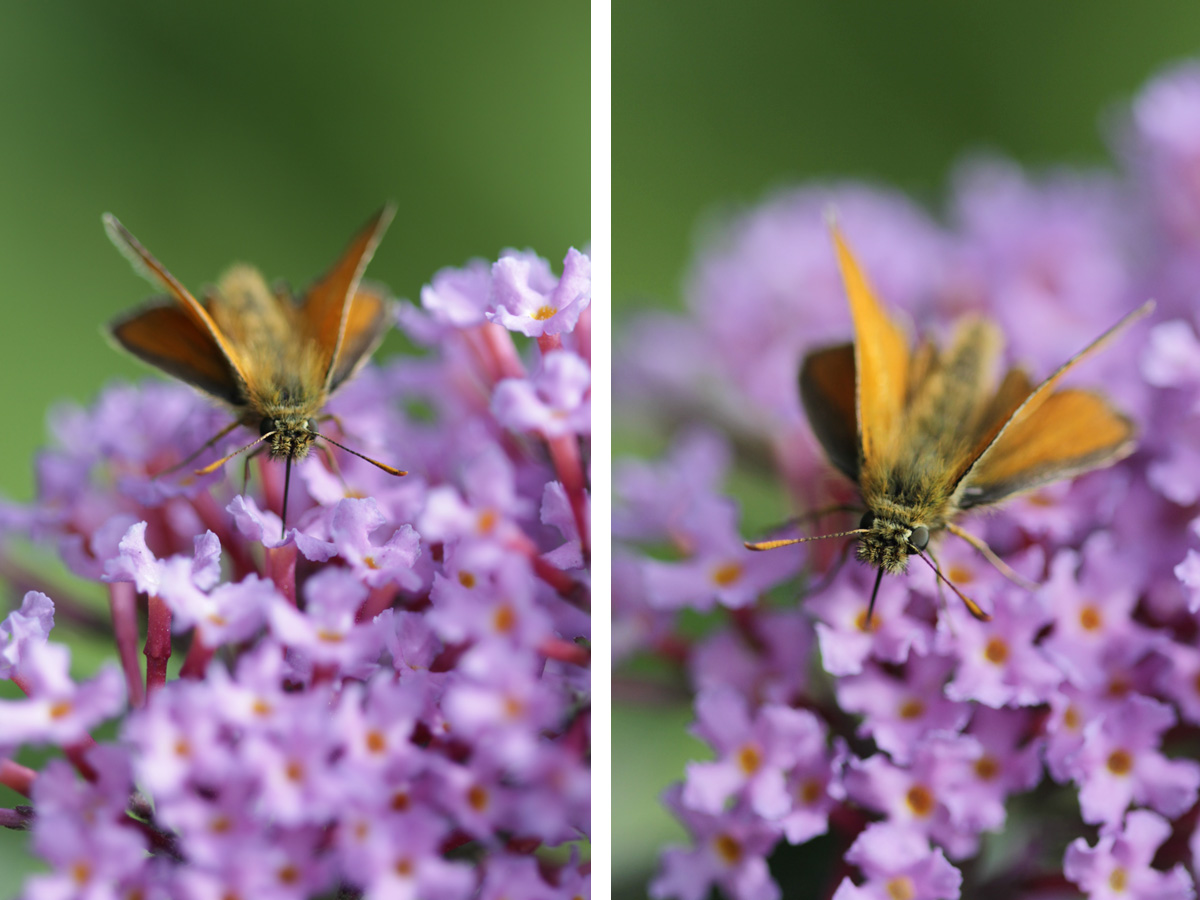 So far I haven’t had much luck with Commas, perhaps the loss of the nettle patch has forced them to move on elsewhere – although if I’m honest I’m sure there are enough nettle patches around, as there’s an alleyway a few houses away with plenty of overgrowth and ‘weeds’. 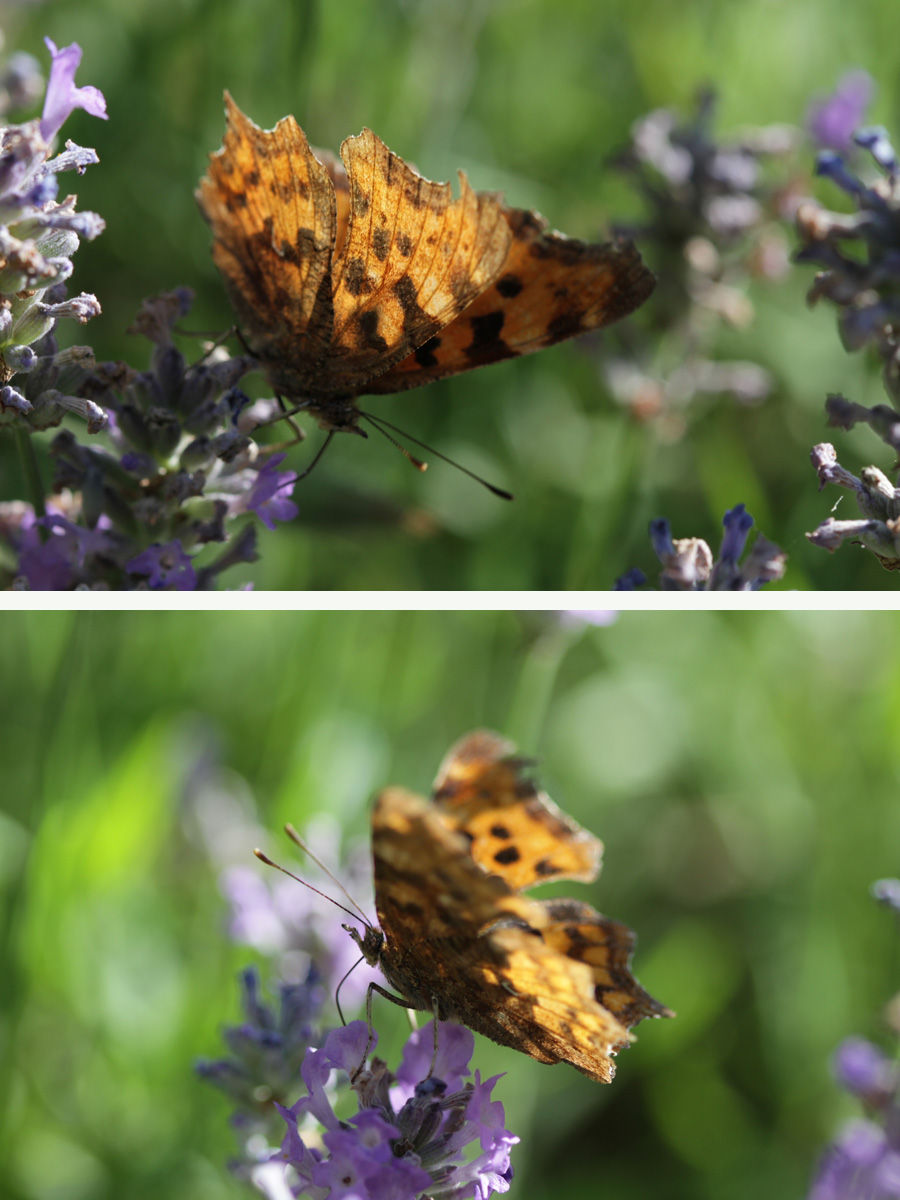 After a promising early start with Ringlets, I haven’t seen any for a few weeks. However there are plenty of Meadowbrown around… fighting with everything that moves.
On a side note, I’ve also seen a Dragonfly zipping around on a few occasions, sadly it hasn’t yet landed for photos. 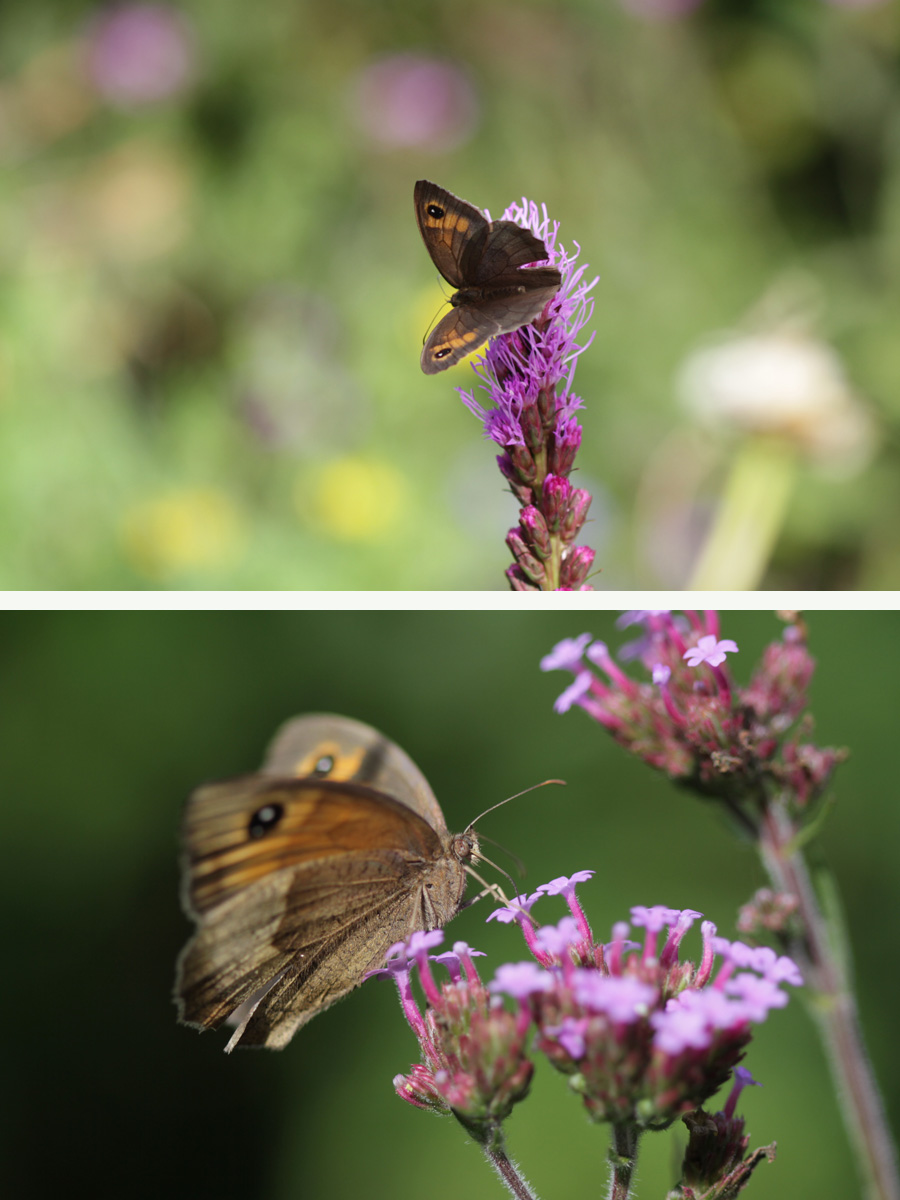 The main benefit of having white walls is the large butterflies enjoy sunbathing on it. I can have anything up to 15 or so sunbathing on the garden walls and house walls. 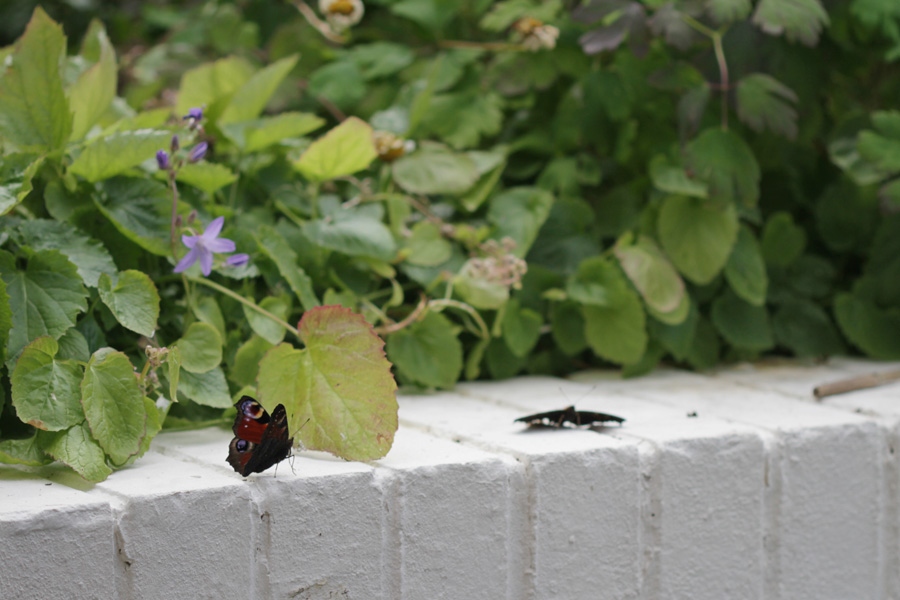 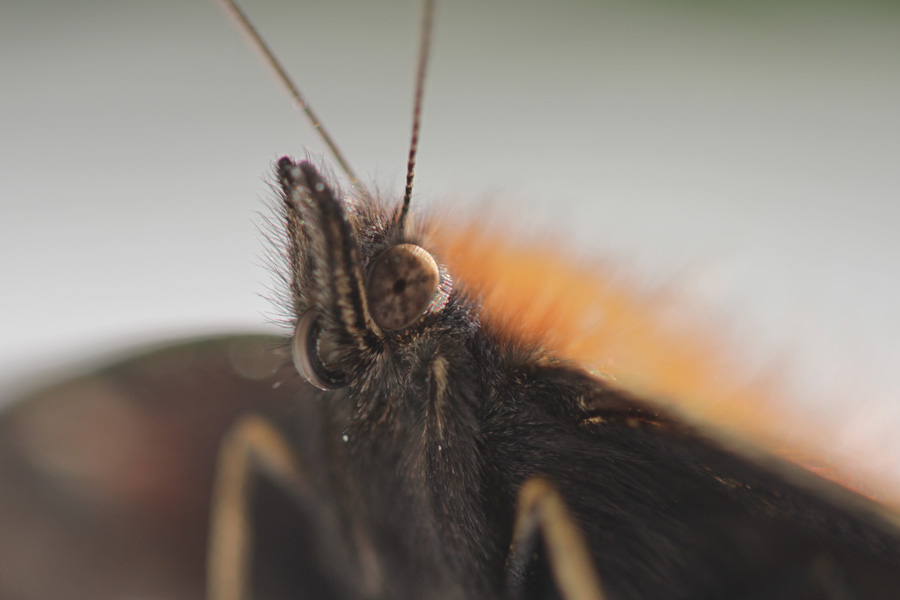 I’ll finish this post there, but I have more to come for Sunday’s Safari post. This time on wasps – no, not yellow jacket types, but solitary Wasps.