If I’m honest, it doesn’t feel like much is different this month to last. But in reality, a lot has changed and there’s a definite shift in the borders, especially the ‘right border’. The Lupin has finished blooming and Geum is nearing the end of its first flush and I’ve begun to remove spent stems.

Soon it’ll also be time to cut back Astrantia hard to encourage new, fresh growth and if I’m lucky more blooms later in the year.

I’m very happy with my flower pots this year and I have been working hard to keep them in good health, which is very unusual for me. I think it might be because there’s little for me to do in the garden now as it tides over well and really I only have the odd tidying or dead-heading job to do that my attention has turned toward the pots instead. 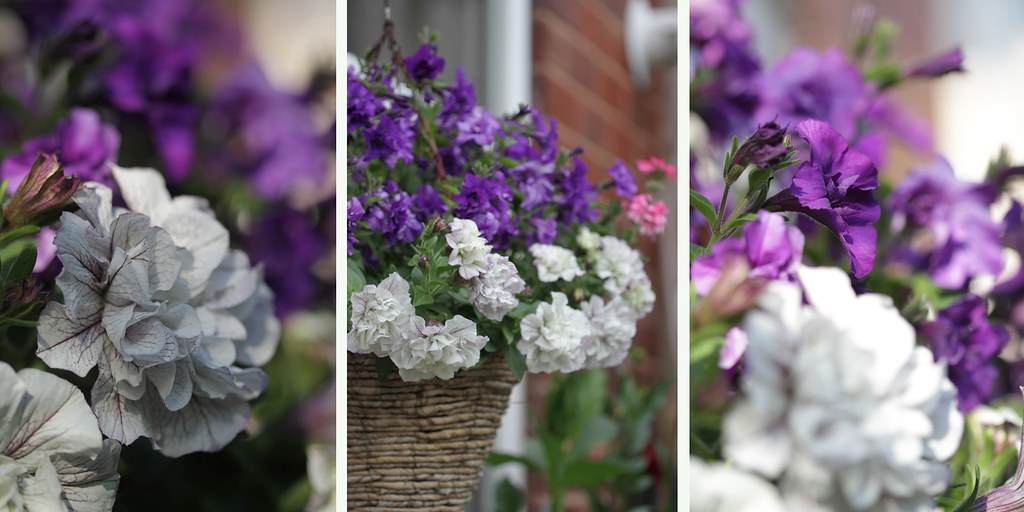 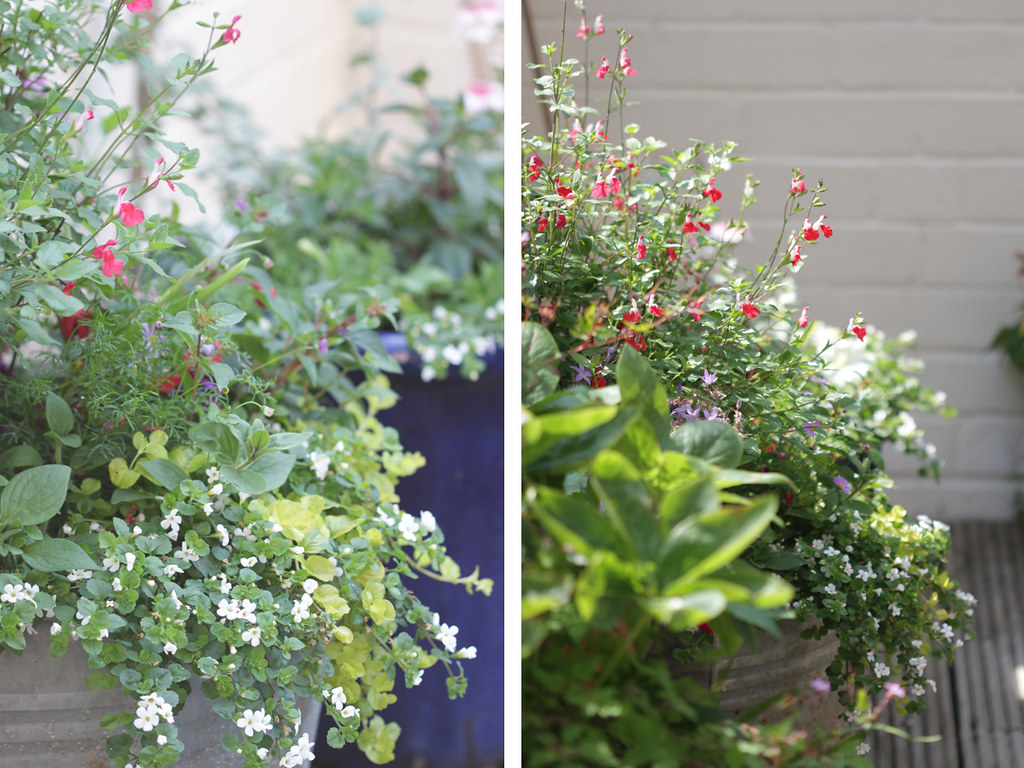 The biggest and best surprise so far is yet to open its flowers for me… this is the first time it’s flowered and I think I must’ve had them 3+ years. Sadly the others still haven’t flowered, but they are not all the same.
Can you guess what it is? I’m hopeful it’ll bloom in the next week or two. Photos to follow once they’re open. I realise there are no photos, so really this is for those readers who have been around a while and know what may excite me so much.

Ox-eye daisy has barely any flowers this year… And to think early on in the season I thought I would have a bumper crop this year as the plant had at least doubled in size and was swamping the Aquilegia. I love Harlow Car… It’s a shame she’s so difficult to bring blooms in from because she has lots of buds on each stem which often then won’t bloom once they’re in a vase so are wasted. 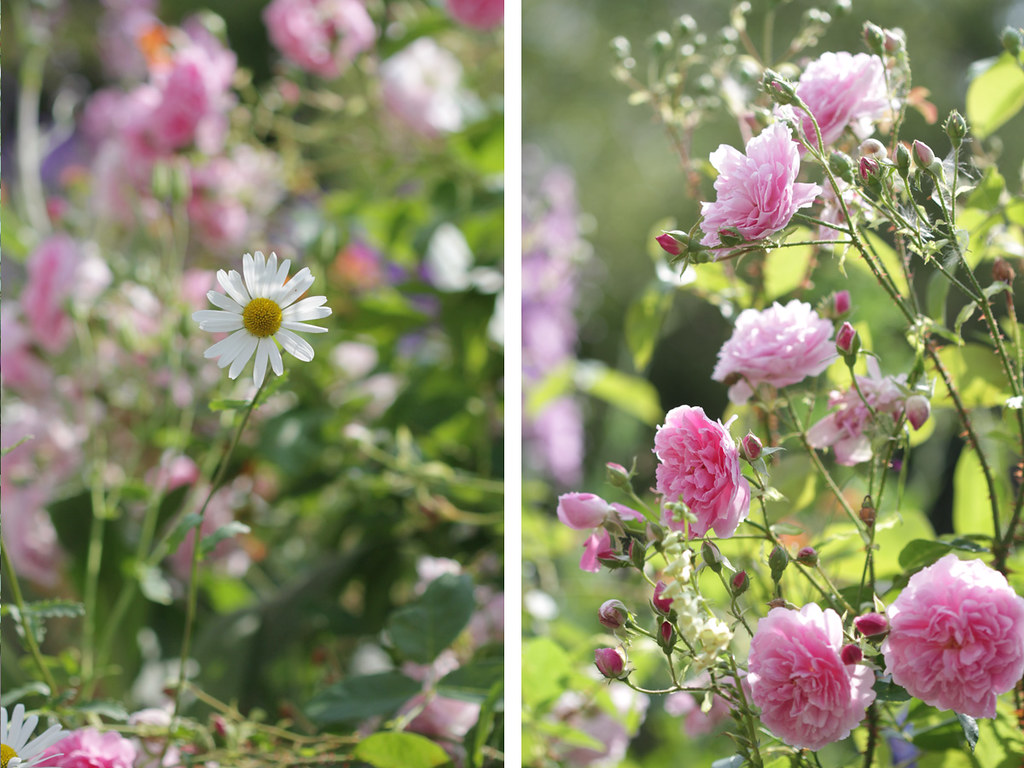 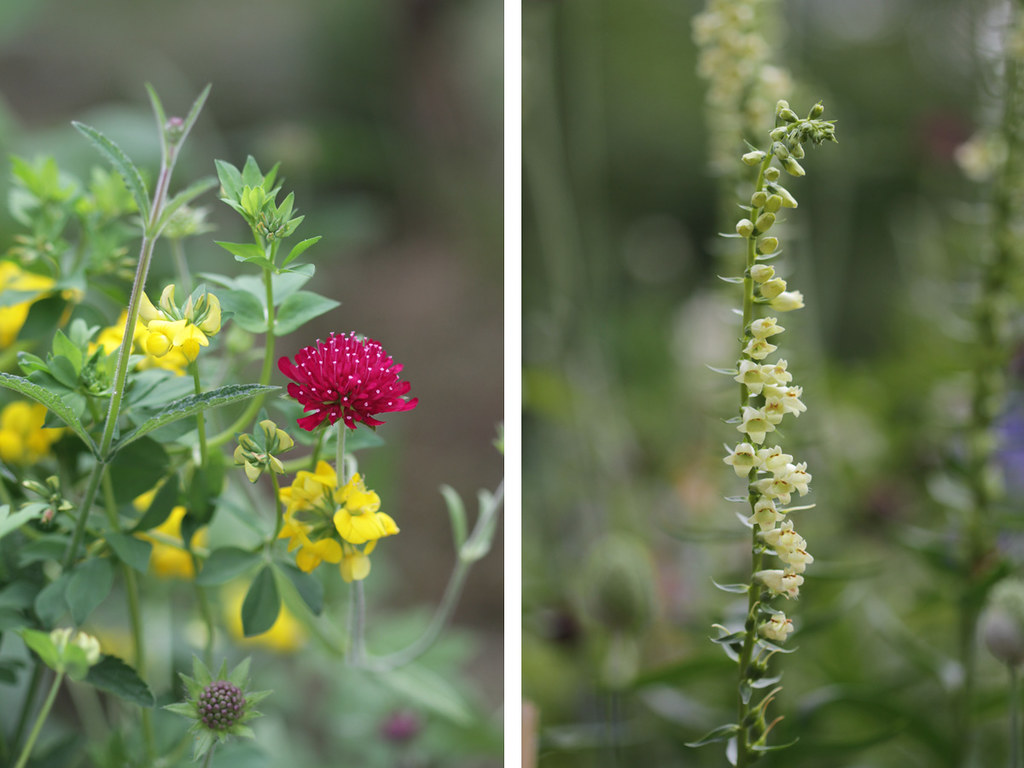 Dahlias are doing well in their pots, some have enormous flowers, other tiny in comparison and finally one is so tall it towers the rest! Three little bears comes to mind! One’s blooms are almost as large as my hands. I have large hands. Larger than my boyfriend’s! Clown hands. 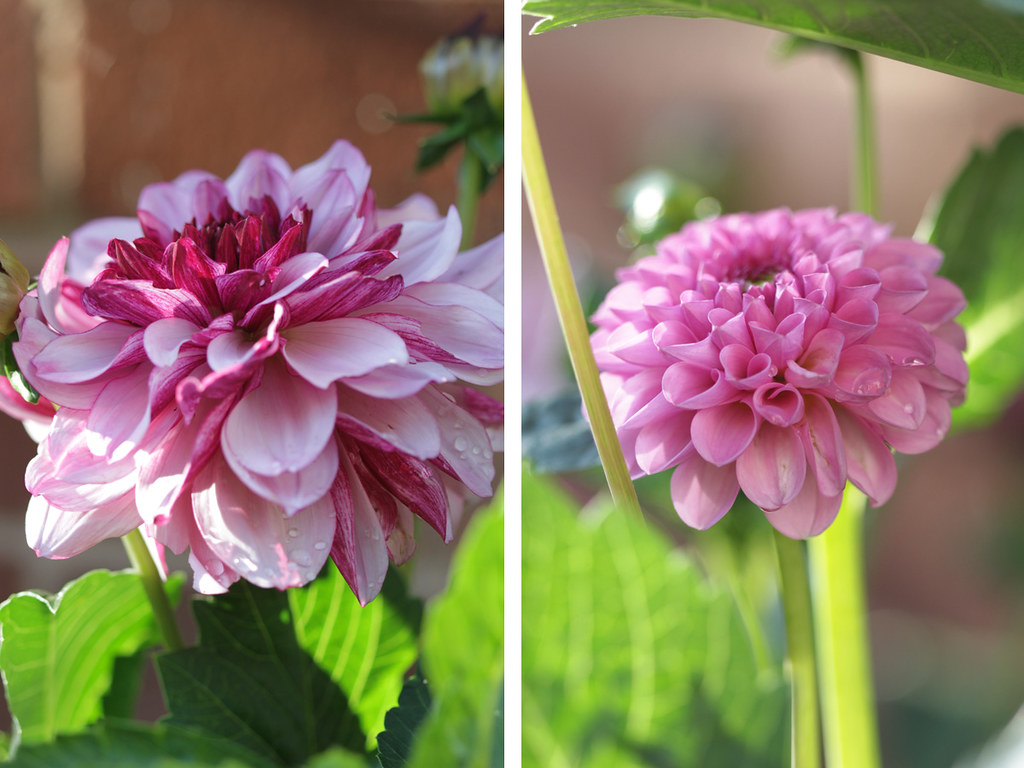 One of the lavender bushes has really romped away this year, definitely needs a hard cut I think… I don’t want to lose it if it becomes too open at its centre and we get snow later in the year.
The Dahlia in the bottom right looks very crimson in this photo, but it’s actually one of the really deep blood red, almost black ones. Cameras. Seriously. 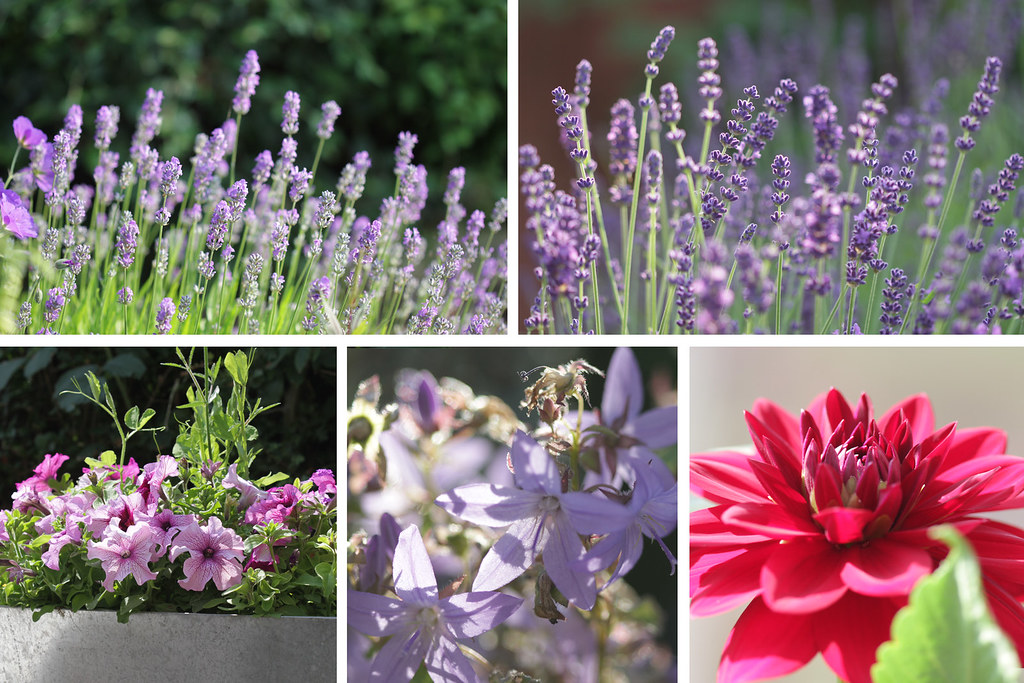