A little late for the end of month view this month… ya know, life happens and I’m lazy.

I’m just feeling really detached from the garden at the moment, with the weather being much cooler than normal I have spent only a handful of evenings sat outside. Our decking by the house is a sun trap, and normally remains boiling hot until 7-9pm (depending on time of year and when the sun sets) and when the sun has left the garden I move down onto the decking to enjoy the late evening warmth. But even the decking this year isn’t warm enough because of this near-constant wind we always seem to have.

At least it isn’t raining. So I suppose I ought to be grateful for that.

Also, the flowers are lasting longer because it’s cool.

There’s a large hole in the right border that I plan on placing some seedlings I have (well really they’re no longer seedlings, more like mature plants). So I’ve a few Zinnia, Tahonia and Salvia to go in the hole there used to be two sea holly which died last summer. 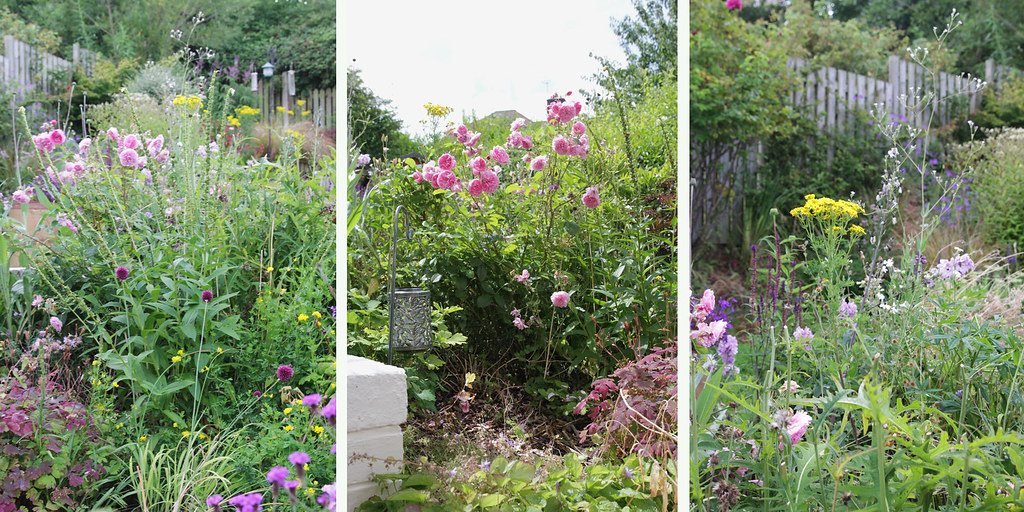 It’s time to also cut back Geranium Thurstonianum and hopefully get some fresh growth and new blooms on it. 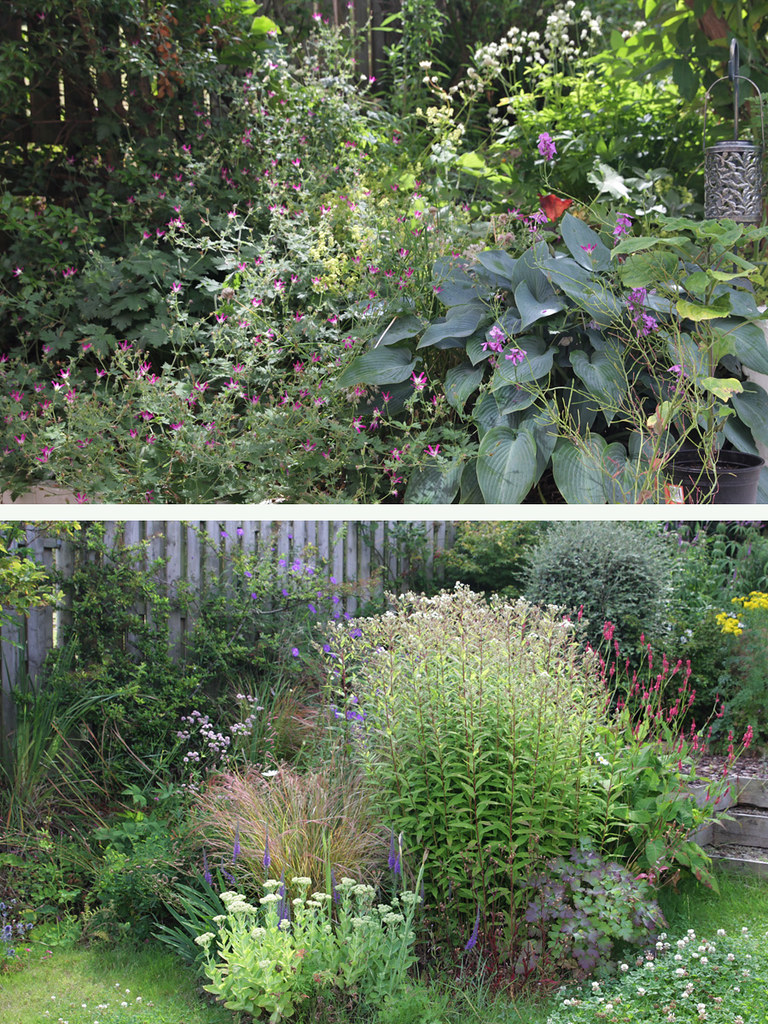 Just to add to the odd weather, other things have been odd. For example, the Flat-topped Aster is normally around the same height as me but in parts is often taller. This year it’s much shorter than me and the Persicaria next to it is almost as tall. I’m not sure whether it’s because I usually cut off a lot of the shoots that appear to try to keep it contained but this year I didn’t (and it’s now taking over too much and encroaching onto the edge of the border) so it put all its energy into more stems and they are shorter?

I’ve managed some tidying over the weekend, but my attempts to cut the grass and hedge were ruined due to rain wetting them so you’ll have to excuse the messy grass. I did cut back the sanguisorba which was covering the path through the border. 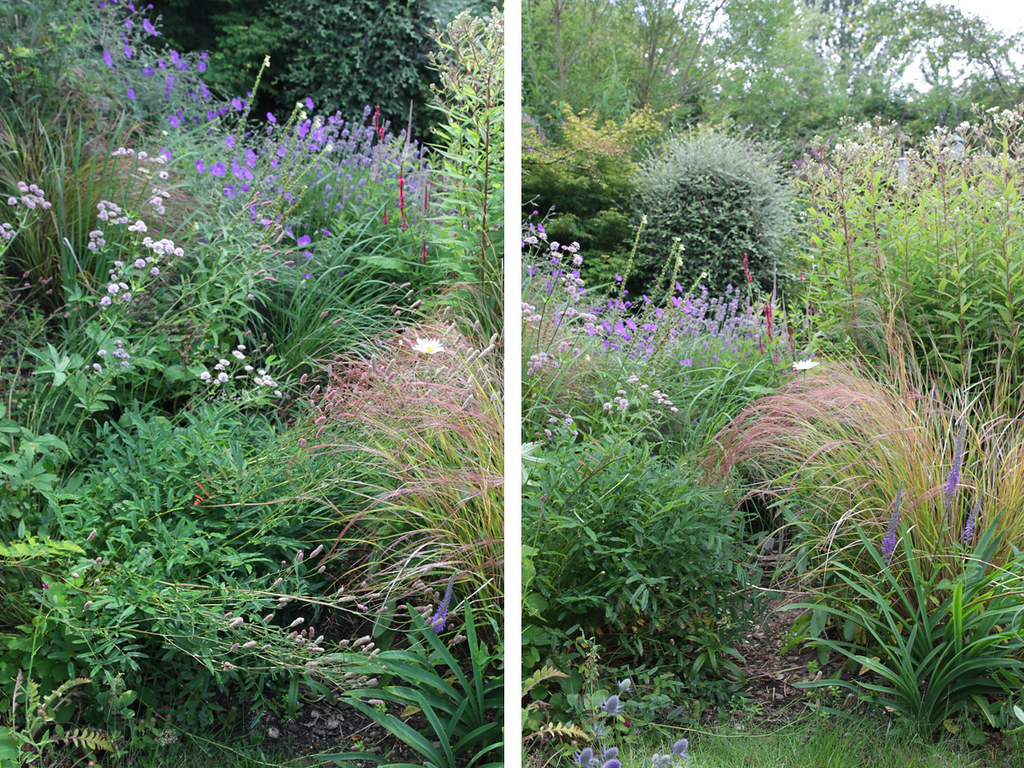 The Cherry border isn’t looking well at all this year. I chopped back some of the Geraniums and one Phaeum just looks totally dead. Normally they do produce fresh leaves and look much better after a chop. It also means that at one side of the border it’s pretty much devoid of any interest right now. 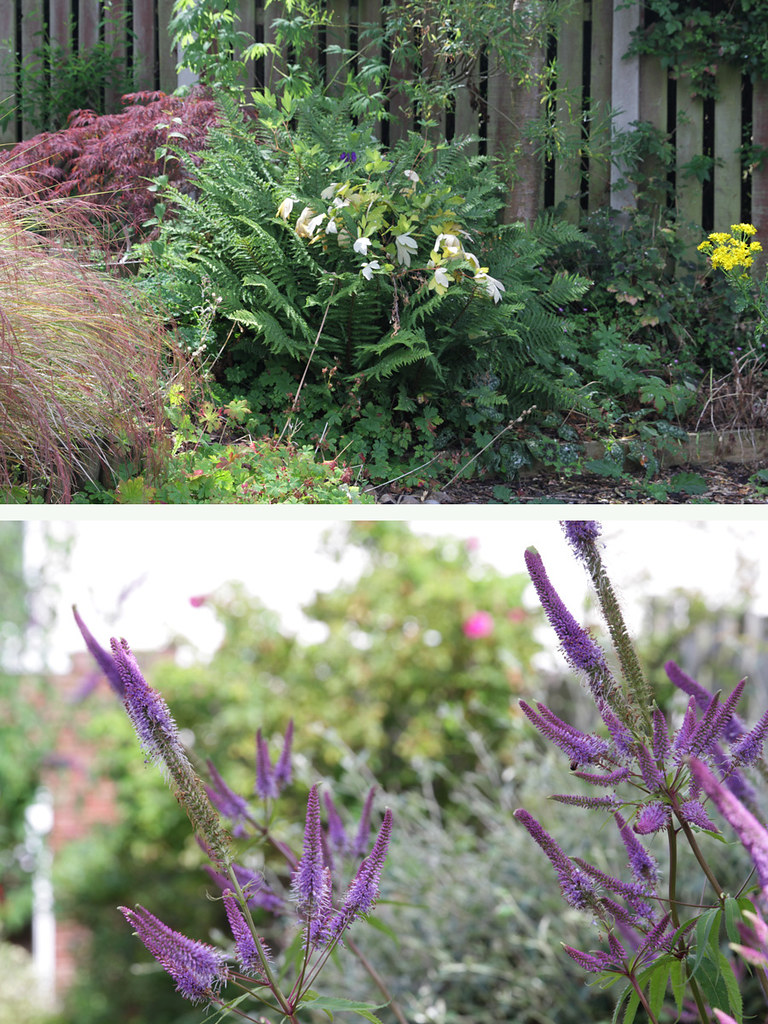 After almost no Ragwort last year I believe they must take a year off and return the following as many are in exactly the same place as 2013.Their reappearance is bringing a lot of interest to the lower and upper tiers. 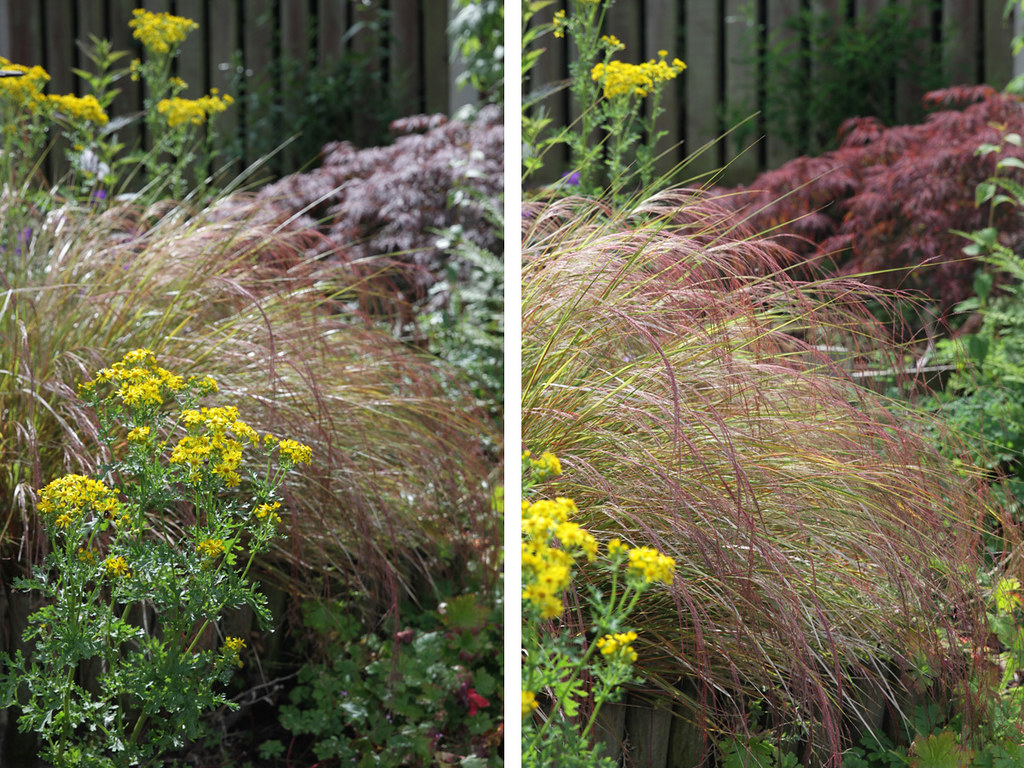 I must have a boom in leaf-cutter bees this year. Poor Gertrude Jekyll.
Check out the size of those mandibles! 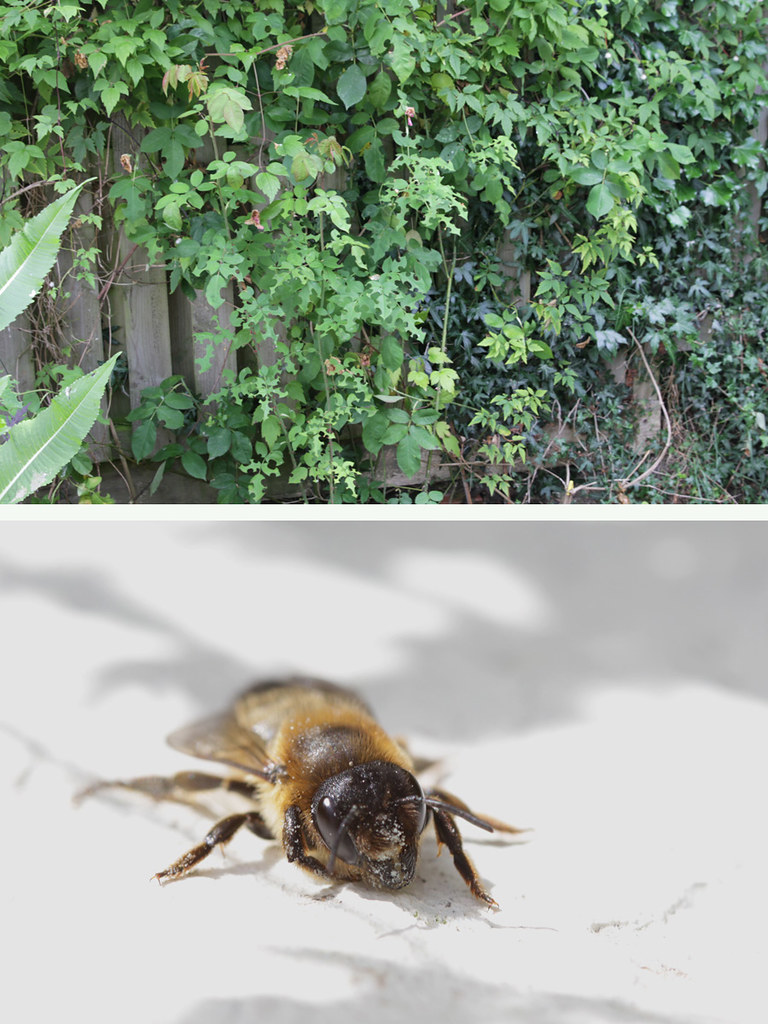